The Syndicate is a pseudonym for a conglomerate of rival interests and space pirates opposed to Nanotrasen. There are various working arms and branches of the Syndicate, with many of their employees consisting of either one-time workers or those in debt to the Syndicate. There is no current official 'head', but speculators have suggested that the group is run by a select group of 'boardroom executives' who are not publicly affiliated with any of the individual cells. It is theorized, mainly by Nanotrasen officials, that these executives belong to corporations in competition with Nanotrasen and are often the ones in charge of funding contracts, missions, as well as the overall management of the larger cells all in secrecy.

The Syndicate was first comprised after the wide-spread adoption of plasma related technologies and the creation of a burgeoning plasma resource market. While there has always been popular dissent toward Nanotrasen, mostly in the form of the occasional raid by space pirates, the Syndicate began to take shape after Nanotrasen used its market share to apply a stranglehold on other companies sending transportation costs soaring. Formed in absolute secrecy by various planetary heads and the executive of rival corporations, The Syndicate was designed to attack Nanotrasen's veritable monopoly on the plasma market in order to try and bolster flagging profits. Given the nature of their tactics and their illicit collusion, The Syndicate often makes use of proxies to do its bidding; these proxies often taking the form of space pirate groups or indebted corporate wage slaves. 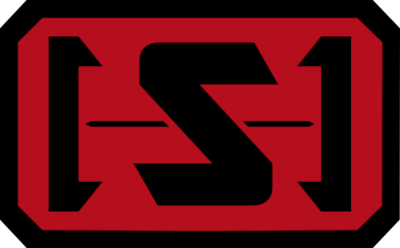 Initially disregarded as a group of troublesome and well-armed pirates, it became readily apparent to Nanotrasen that their opponents were likely financing most of the raids. While attempting to verify these suspicions, Nanotrasen opted to introduce more security personnel aboard their stations - a measure that would ultimately fall short. The verification they were looking for would come soon after, when the NTV Rubicon was breached and boarded by a well armed and trained assault team clad in iconic blood-red hardsuits. Though the NTV Rubicon was ultimately destroyed, a small group of security personnel managed to evacuate in one of the NTV Rubicon's escape pods with a member of the hostile boarding team in custody. Interrogation of the operative was ultimately unsuccessful, with the man merely identifying his employer as "The Syndicate" before biting down on what was later confirmed to be a dental implant full of initropidril.

As much of Nanotrasen's mining operations are located in civilian space, the target of Syndicate operations are often outlying research stations and transportation routes. These operations generally take the form of assassination of key Nanotrasen personnel, theft of sensitive corporate data or research, or the extraction and protection of Syndicate interests. Initially the corporate outlook of Nanotrasen on this matter was relatively positive, with many of the key executives espousing the idea that The Syndicate could be uprooted simply by capturing and interrogating some of the local pirate lords. These efforts were met with failure however, as many of the agents, pirates, and commandos either killed themselves on capture, or seemed to have little idea of who their employer really was.

In recent years Nanotrasen has attempted to appeal to several planetary or governmental authorities such as the Trans-Solar Federation. However, as many of the raids take place outside the jurisdiction of these entities, as well as the potential involvement of these entities in The Syndicate, most are reluctant to do little more than brand the nebulous conglomerate as pirates or terrorists. This reluctance has been somewhat mitigated in recent years, with The Syndicate's repeated involvement in deploying bioterror devices and nuclear explosives.

The Syndicate is known to employ a wide range of tactics and agents when engaging in corporate sabotage in Nanotrasen. While the following categories aren't all-encompassing, they demonstrate some of the typical avenues The Syndicate makes use of in order to exact their agenda.

The Syndicate employs mostly low-level and dispensable corporate employees to do their bidding. Those who work for The Syndicate in this manner are either desperate for money, have existing debts, or are actively being blackmailed.

Undercover agents are typically given objectives to steal, kill, intimidate, or protect something The Syndicate shows interest in. While many of the thefts are for The Syndicate's own advancement, several more are simply to spite or goad Nanotrasen into action. Paradoxically The Syndicate is also known to employ their agents to kill one another. Whether this is simply a cost-effective measure of dealing with individuals they deem to be a threat to their business interests, a way to create chaos aboard Nanotrasen stations, or merely due to miscommunication between cells is unknown. The targets of Syndicate intimidation are typically former employees or debtors, whereas those who are protected are often either agents themselves, or merely key interests for The Syndicate.

Agents are treated as expendable, with little to no effort being made by The Syndicate to retrieve captured or deceased operatives. Agents who fail their objectives are rumoured to face severe consequences, while those who complete them are often continuously strung along.

Sometimes the only option for corporate sabotage is to the nuclear option. Many parties are interested not only in the subversion of Nanotrasen personnel, but in the complete and absolute dismantlement of key Nanotrasen facilities.

Operatives of nuclear strike teams are often veteran pirates who have been operating in the sector for long periods of times, or repeatedly successful agents who've accepted The Syndicate to be their former employer. Unlike their operative counterparts, members of a nuclear strike team are expected to succeed under pain of death. Members of these teams infamously utilize explosive implants, which ensures the impossibility of their capture.

Perhaps as a form of ironic retribution, the nuclear explosives utilized by these operatives are stolen from Nanotrasen vessels; which is why most operatives need to secure the local authentication disk held by key Nanotrasen personnel in order to detonate them.

Syndicate Strike Teams are highly trained groups of professional mercenaries outfitted to take down high-priority targets. The number of strike teams operated by The Syndicate is unknown, with no known member of an SST being successfully captured or positively identified. These teams are typically employed as an absolute last resort due to both the expenses they tend to incur, and the body count they leave in their wake.

While unaffiliated to The Syndicate officially, a variety of hostile organisms are known to tacitly operate as agents for the organization. Creatures such as changelings are commonly employed by The Syndicate due to their efficacy at infiltration, impersonation, and assassination. The Syndicate has also been said to finance other third party groups to conduct heists, deliver biohazardous agents, or to design various weapons for biological warfare.

The Syndicate has been known to attempt to employ members of the Wizard's Federation, though these efforts have never been met with success.

While Nanotrasen officially classes The Syndicate as a terrorist group, both publicly and through their enforcement policy on their stations, conspiracy theorists claim that The Syndicate and Nanotrasen may be actively colluding. Certain journalist groups have often claimed that, in light of Nanotrasen's history of poor ethical conduct, it wouldn't come as a surprise if the company was covertly employing The Syndicate to remove troublesome employees. These theories however are unsubstantiated, with Nanotrasen officials denying any involvement whatsoever with the terrorist group.