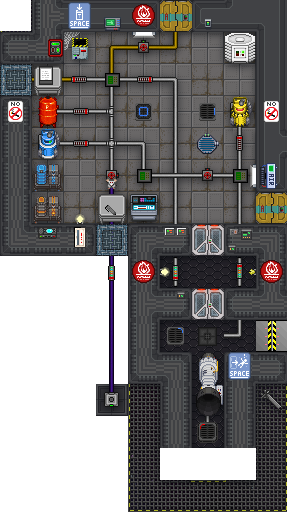 The turbine is a tertiary power source accessed through maintenance tunnels adjacent to Atmospherics.

The gas turbine is an alternative way to produce power on the station, and is typically exclusive to Atmospheric Technician. It is capable of producing upwards of 100 kW if set up correctly and may even produce more power with further upgrades and tinkering. Gas turbines require a lot of pressure to in order to run effectively. This can be accomplished by setting up a burn mix which will create a large amount of pressure when ignited.

How To Set Up the Turbine 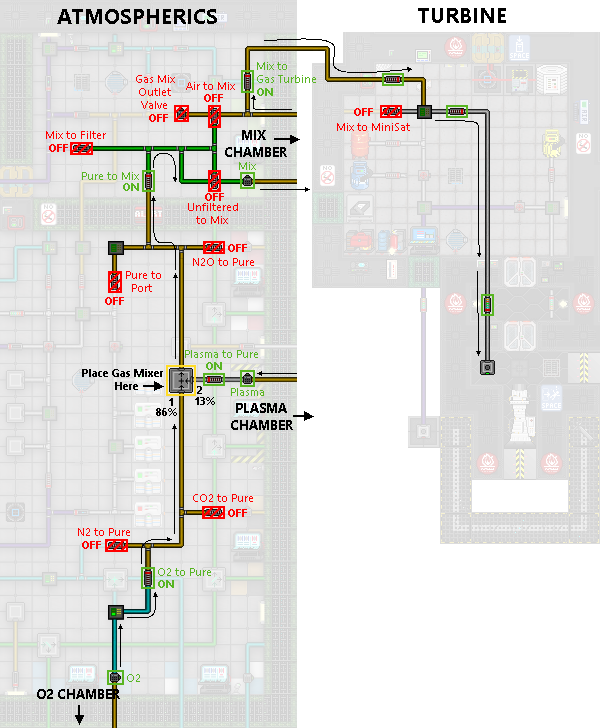 In Atmospherics, the mix loop connects to all the different types of gases in the Large Gas Containers outside Atmospherics. Re-pipe the mix loop and place a gas mixer in which node 1 and node 2 outlets are connected to the Oxygen and Plasma. Set the gas mixer so that it outputs 87% Oxygen and 13% Plasma. Then, set the output pressure to max (4500 kPa) and turn it on.

This is how the nodes work.

This is what it should look like once you pipe everything accordingly.

Once the gas mixer is properly set, turn on all the pressure pumps (including any valves), leading to the gas mixing container, on and set to them to max. The gas mixing container is normally found inside the distribution loop area/room. Make sure you turn off any pumps or valves that may lead to an unwanted location within the pipeline.

If everything is done correctly, you should see Oxygen and Plasma inside the gas mixing container and on the computer that controls the sensors inside it. Finally, turn on the pressure pump That leads to the turbine room/area. 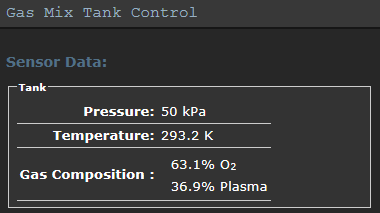 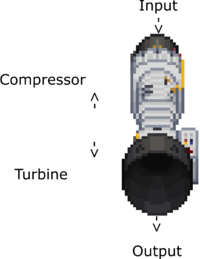 To start up the turbine, find the gas turbine control computer and set the turbine status to the 'on' position. You can see information about the turbine including the turbine speed in rpm and the power being generated, etc. 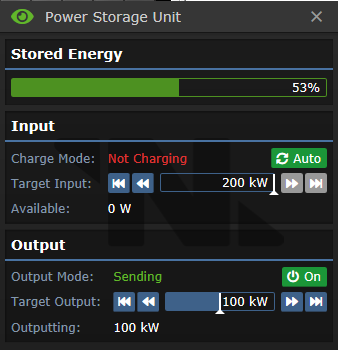 Now that everything is set up, you should now have a working turbine running at high capacity. You can leave it alone or upgraded later. The turbine doesn't require much attention as needed and with a bit of practice, you can set it up within 5 minutes or fewer. You can also keep the output status offline and only set it online for emergency power only.