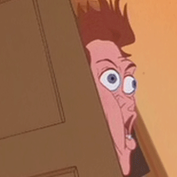 By Machofish,
October 11, 2015 in Graphics Section

I've never tried 4th edition, so I can't provide any sort of expert opinion there. That said, I'd say SR 5e's rules are written and organized poorly in the book, but make sense when they're put into p

Wanted to try a couple of different perspectives. Basically I wanted to have one sketch of Cecilia at a high angle and another from a low angle. My idea was to make it look like she was being reflecte

I'm experimenting with seeing how useful my work can be as an educational resource for new sec players. I'm not sure how many new sec players look at this thread, but I keep seeing the same mistakes r