Hello everyone.   Due to regular players not really needing the wiki as often, outdated pages can go unnoticed. As a result someone that does have lacking knowledge can get extremely frustrated 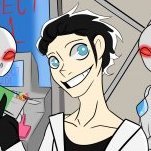 Quick revival here. The page on cultists is in need of a few minor updates, namely the cult runes. For example the rune of dimensional rending is now excluding other eldritch deities, it fails to