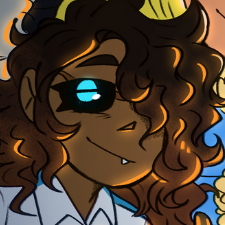 this is my magnum opus of space station 13 art i think this was originally made as an art fight attack! though six of the included characters were added simply because i wanted to add them.

I'll start off strong with my biggest SS13 piece to date: a commission from a friend of mine as a gift for @SlimeBird! Finished about mid-December, 2020. (I already feel like I've improved a ton s

Some friends got me wanting to think about how Rivera looks 'nd changes throughout her life so I'll leave this one here too. She doesn't remember anything from age 25 - 41, conveniently. There's