The Argument for a Wiki Admin 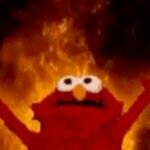 By Sirryan2002,
February 28 in Wiki Development